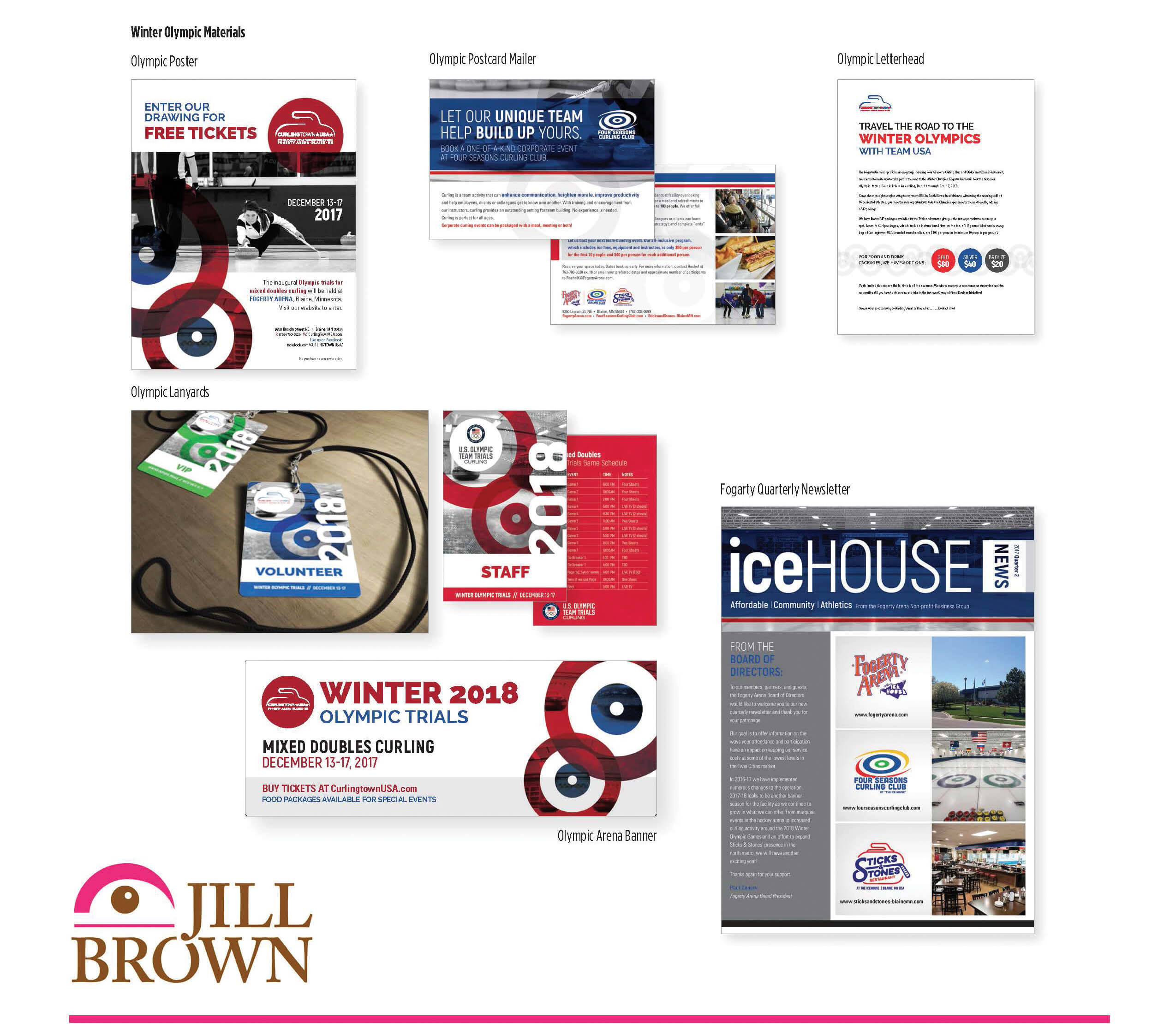 COVID put Fogerty Arena on thin ice. Staff contacted Jill on the weekend before Christmas 2020 to see if she could help. They had an amateur video with testimonials from well known hockey players and curlers. What next? Jill Brown PR quickly produced a news release and a fundraising appeal. Within hours, every TV network affiliate had interviews scheduled. The print media jumped on the story. In the first day, more than $50,000 was raised. By New Year’s Eve, more than $84,000 was raised with support from 300 people. #SaveFogerty was a great success. 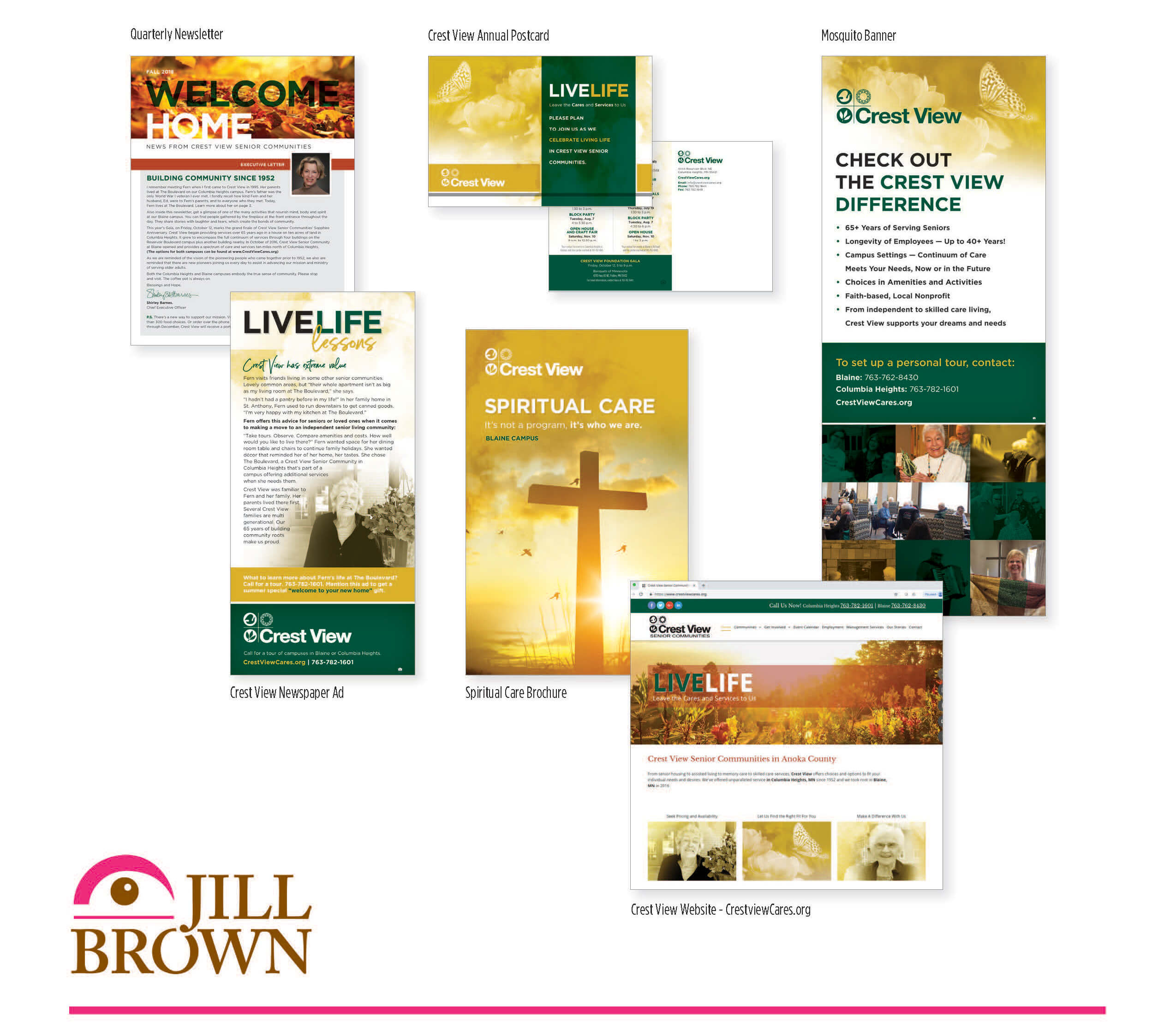 Crest View wanted help to launch a new campus and fill it. Jill Brown helps the Crest View CEO manage an annual advertising budget of approximately $175,000. She negotiates ad space in Midwest magazines, in daily and weekly newspapers, and on digital platforms. Jill creates campaigns, drafts copy and coordinates production of print, digital and video materials. Jill has a knack for negotiating editorial content in addition to ad space. 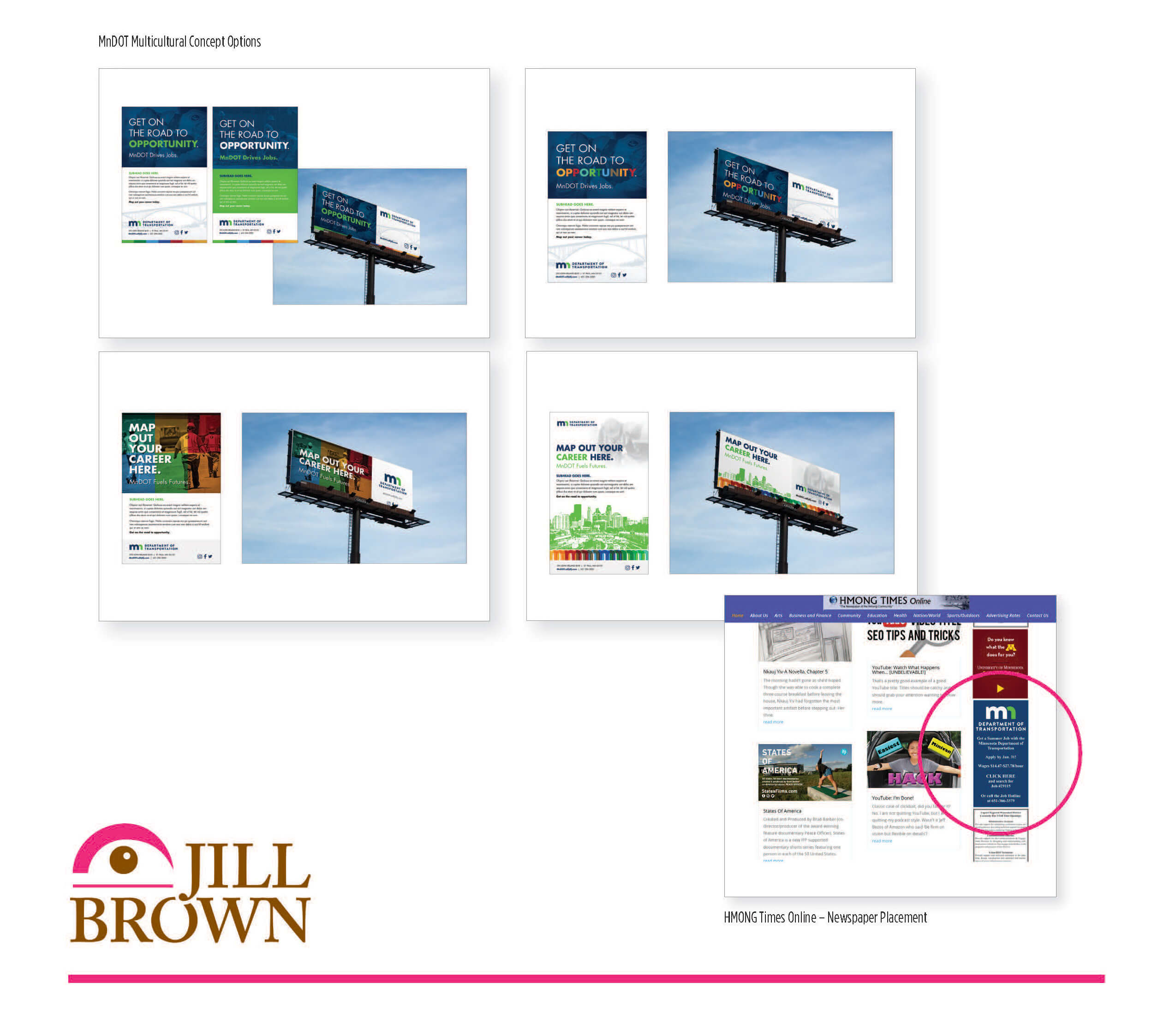 Jill Brown was the prime contractor on an initiative with the Minnesota Department of Transportation. She led a team on a multicultural campaign to attract more people of color to apply for jobs. Jill’s team blazed new paths to creatively reach targeted audiences with traditional media such as radio, print, billboards. She secured public services announcements. She introduced staff to digital advertising that was instrumental in driving traffic to websites. Jill’s relationships with minority media were strengthened. The $250,000 contract was completed in October 2020

Jill Brown PR is developing pilot marketing plans for Greater Minnesota Transit systems in the southwestern part of the state. COVID requires a shift in focus from growing ridership to building awareness. Each transit system is getting personalized attention to address their unique strengths, weaknesses, opportunities, and threats. Jill Brown PR also is implementing many of the projects and actions in the plans.

Jill Brown PR was awarded the contract to develop the strategic communications plan for the 3rd Avenue and Stone Arch Bridges in downtown Minneapolis. The purpose of the communications plan was to identify audiences affected by the bridge projects, propose tools to reach them and identify the information they will need during the multiple years of construction. The plan provided a framework for successfully delivering two rehabilitation bridge projects. Jill Brown PR delivered the plan ahead of schedule and under budget.

For decades, the Solid Waste Management Coordinating Board was the leading voice for reduce, reuse, recycle in the Twin Cities area. The joint powers board contracted with Jill Brown PR for annual communications plans, and monthly blogs, guest columns for community newspapers, and social media content. Visibility was raised with unique campaigns, such as a KARE 11 series on increasing recycling in the workplace. SWMCB disbanded a few years ago to pursue individual county efforts. Up to that point, they had successfully reduced the area’s dependence on landfills by developing alternatives and engaging the public to change behaviors.

Jill Brown serves as the executive director for the North Metro Mayors Association. The collection of 15 suburbs represents nearly a half million people in the Twin Cities. The 2020 bonding bill includes many of the association’s priority items, including investments in assets involving the protection of our water, such as Rice Creek North Regional Trail, Three Rivers Park District, Mississippi Point Park in Champlain, and more.

Whether it’s raising money for an idea, or attracting people to a cause, product or service,
Jill Brown PR offers a unique blend of traditional and digital communications tools.

Get A Quote
Scroll to Top